Everybody say, LOVE! These cupcakes are a design I came up with to help celebrate my ‘Bake Date’ classes debuting in America during pride month! They’re strawberry vanilla flavoured, rainbow cupcakes with a gorgeous rainbow swirl of fluffy American buttercream. Compete with rainbow cake donuts and a gold chocolate drip! Feel the love with Love Shake Cupcakes! 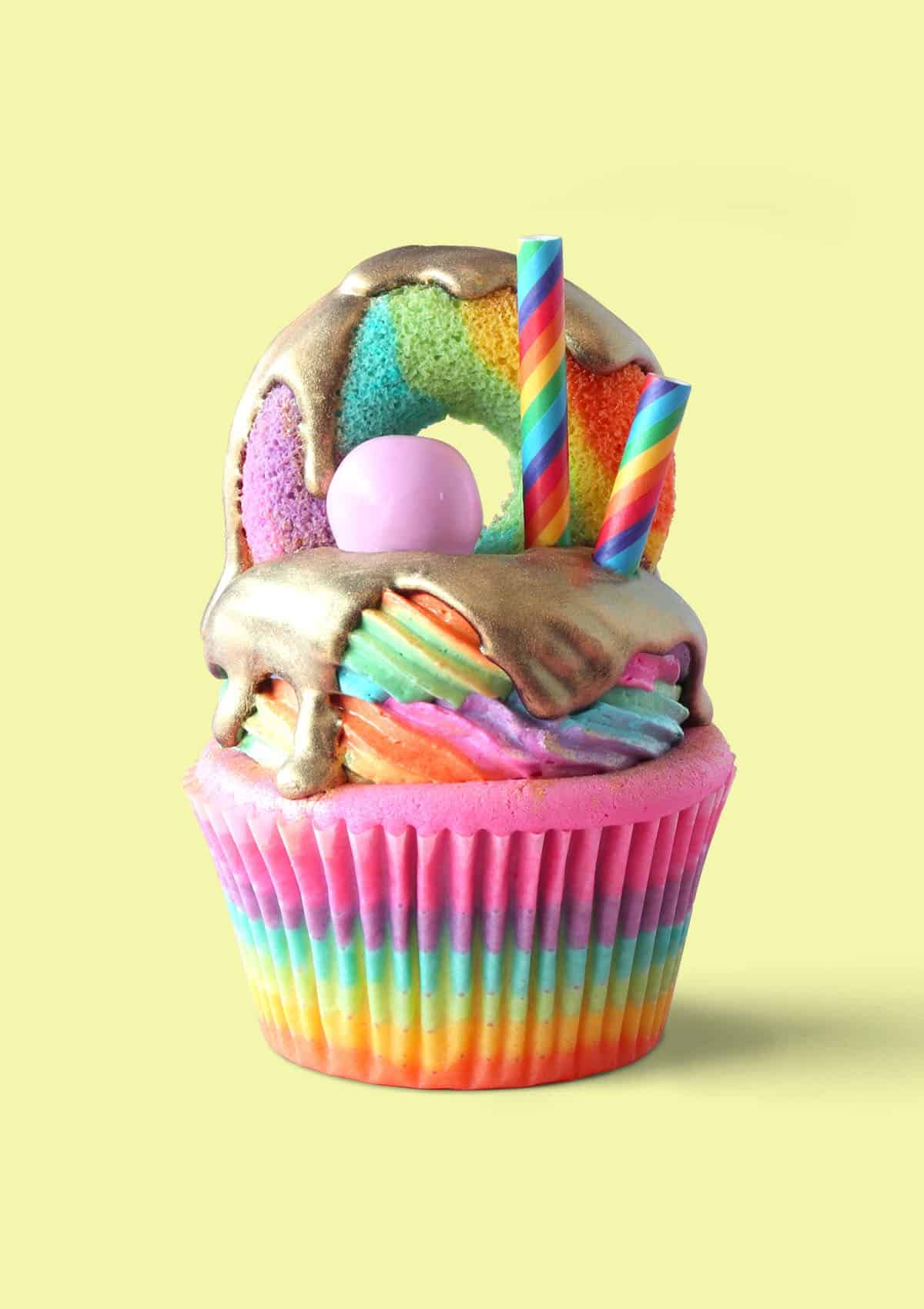 Rainbow Duh? Haha, I love how rainbow these cupcakes are! Now, if you’re looking for another rainbow cupcake that may be even more rainbow than this, then check out my Dancing Queen Cupcakes! Or, if you’re feeling festive, check out my Happy Holigay Cupcakes. Both super rainbow and fun for any occasion. 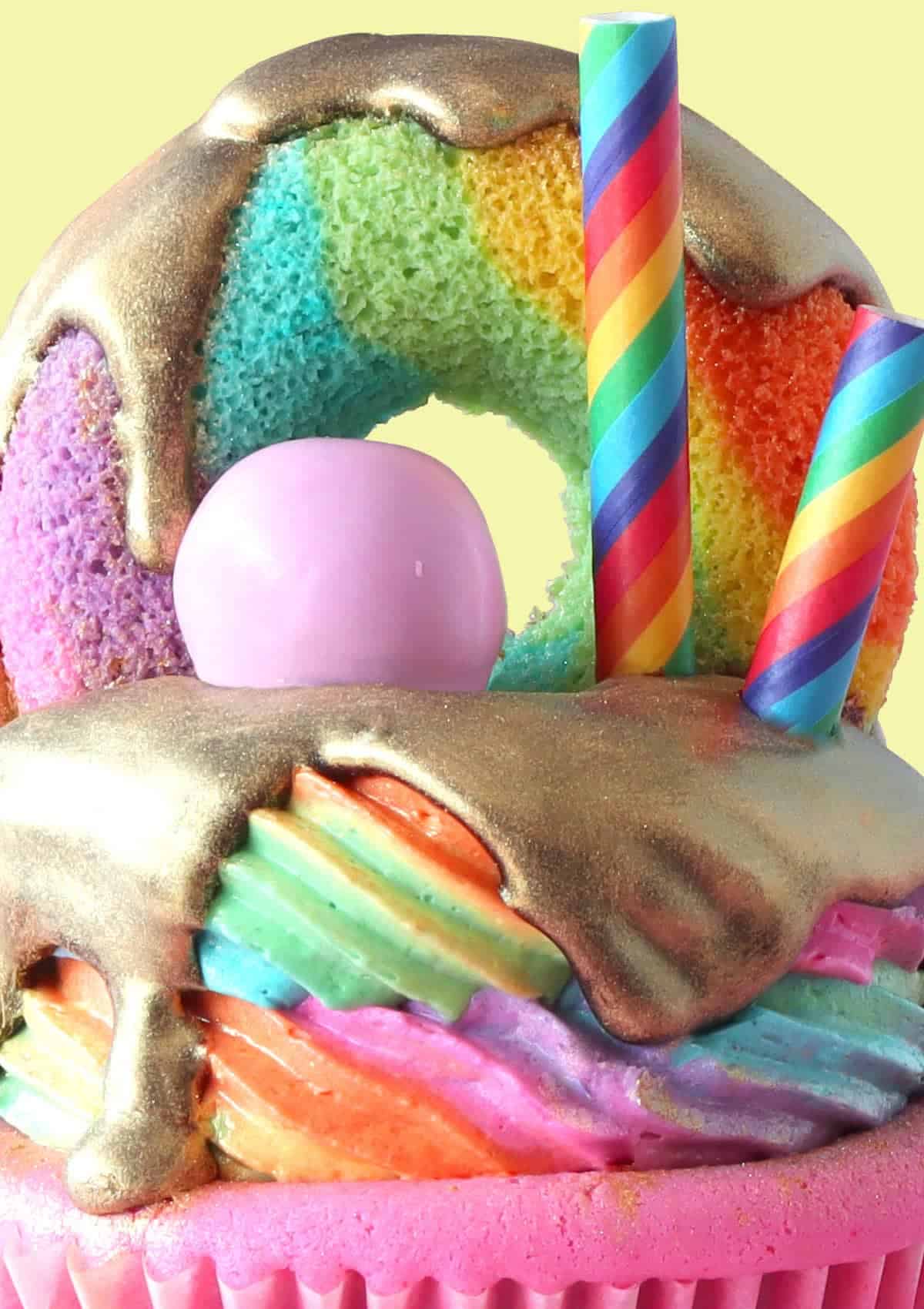 These love shake cupcakes are made of my vanilla cupcakes which are moist and perfect for vanilla lovers. They’re also light and dense at the same time. No airy, dry cupcakes here. They’re topped with my fluffy vanilla buttercream. They’re drizzled with my chocolate sauce recipe which is painted with gold lustre dust.

What tools and equipment did I use?

I hope you guys enjoyed this simple but delicious love shake cupcakes recipe with me. Please comment in the comments section below, or feel free to share with your family and friends on social media.

I’ll see you all on the following recipe. Happy baking! 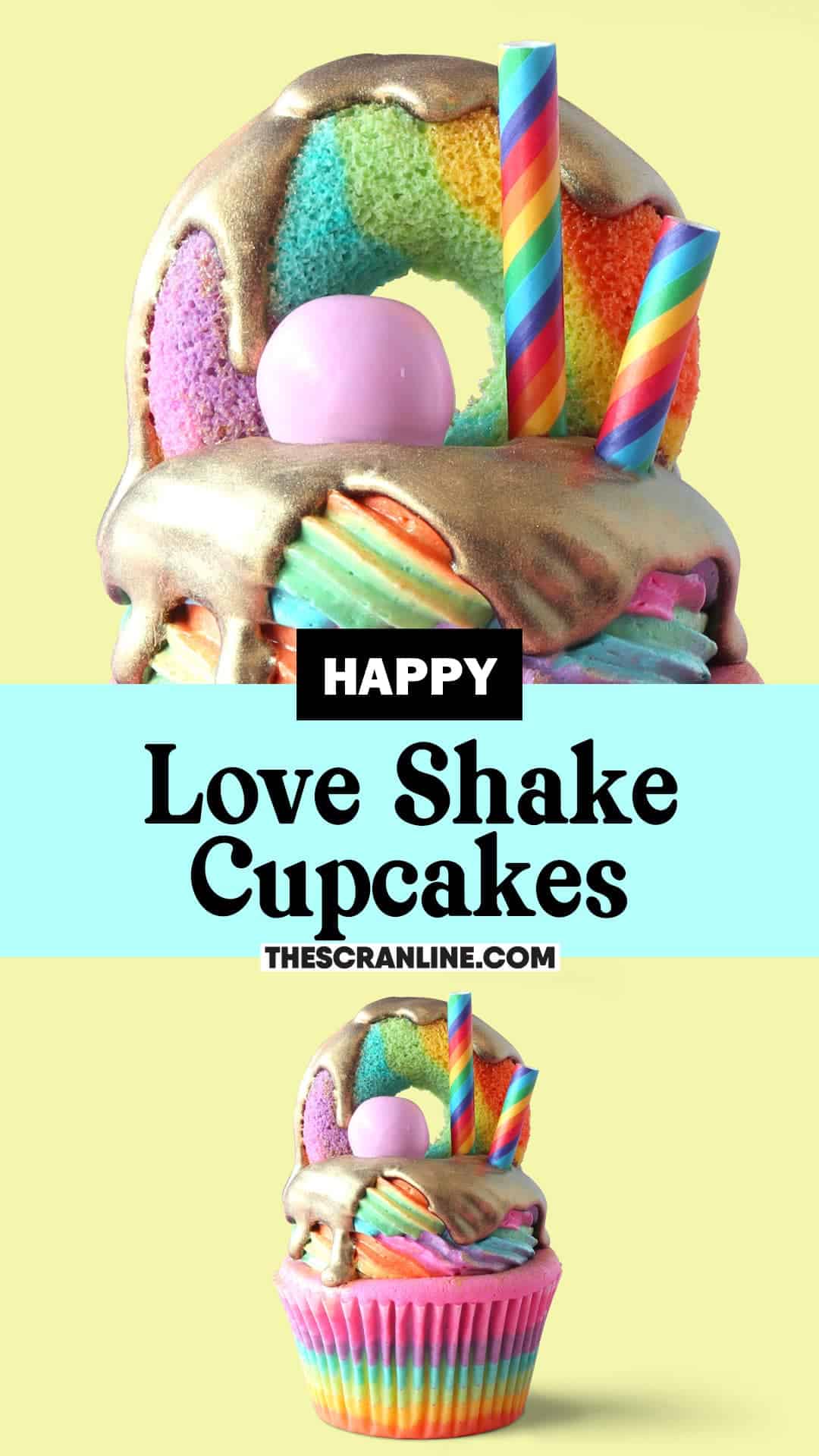 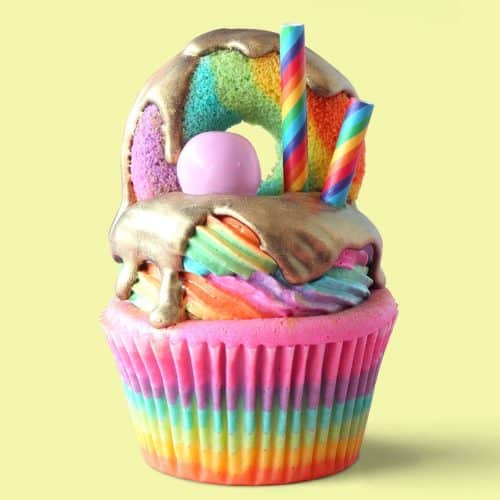 Let's Put It Together!

Storage Cupcakes can be stored in an airtight container for up to three days.