Rose And Lyche Cupcakes! I’m not a fan of roses. I’m just not. They remind me of gross porcelain plates with paintings of ugly roses on them lol. Coincidently, that’s what the evil character from Harry Potter loves! Ugly flowers and an overdose of fluffy cats! Now I’m not saying Dolores Umbridge’s obsession with cats is bad, but, she does love cats a suspicious amount… 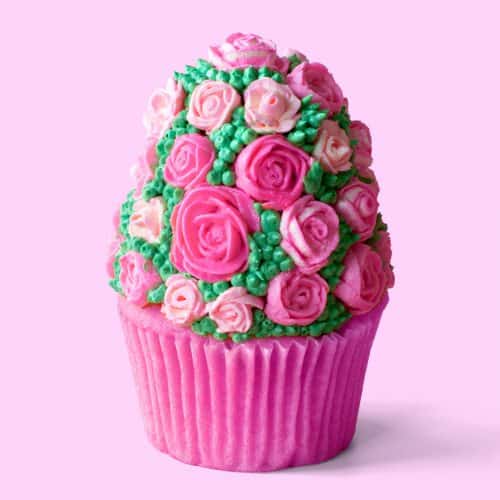